The number of clients attracted by MOSSEBO is growing: from millions of viewers on Pinterest 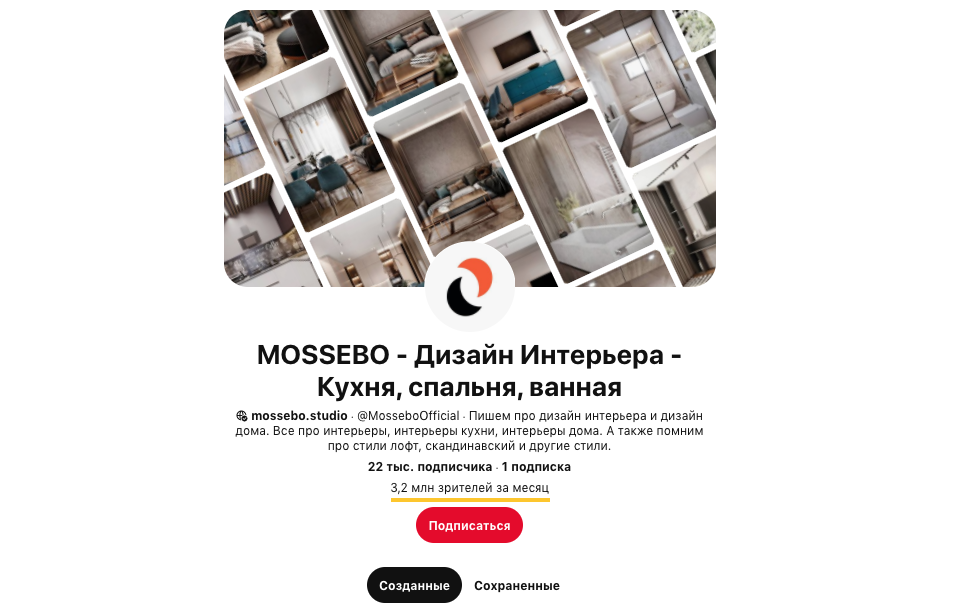 October started with pleasant, albeit expected results: we have developed a MOSSEBO account on Pinterest so that it is read by 3 million viewers a month.  And this number is the larger than the entire population of Jamaica, for a second 😂

People from all over the world are interested in MOSSEBO’s work and are clicking on our website.  A nice bonus: new customers who come from Pinterest are added to the many existing ones. We will again, more likely, have to expand the staff and look for new employees 🤫

Together with the achievement of a record number of viewers, an understanding came from where the extra influx of customers to the Candellabra marketplace comes from.  It’s all about the link – it is listed in your Pinterest account.  It’s nice that buyers come from there as well: apparently, they are attracted by convenient usability and quick shopping.

Many people find it tedious to post photos on Pinterest every day, but MOSSEBO is used to even doing this at the highest level.  Designer Alena likes to repeat: “It is easy to solve a creative problem with high quality, but try to do a monotonous job just as well!”.  And people really like to look at stylish design solutions and interior items from our studio, otherwise, how to explain such a number of viewers and the status of one of the largest designer accounts in the Russian-speaking segment of Pinterest?  And everything would be fine, but we feel sorry for our call center: they have to answer several dozen calls during the day, in addition to the fact that they already have hundreds of daily calls.

And by the end of the year, MOSSEBO will again increase the number of views on the Pinterest account to 6 million.  This means that the circle of potential clients will increase again, and the work will increase too. Getting ready for the hot season 😅😅

Want to see the Mossebo portfolio?