THANKS TO THE CORONAVIRUS

To someone is war, and to someone is mother, said recently MOSSEBO clients, whose work is already flaunted in Instagram @mossebo.official

This project is notable for the fact that it became the fiftieth in April, when all the progress towards masks and gloves around the world had just begun. And usually we end no more than 30 Studio contracts per month. We were so overloaded with orders that we didn’t have time to write news😂 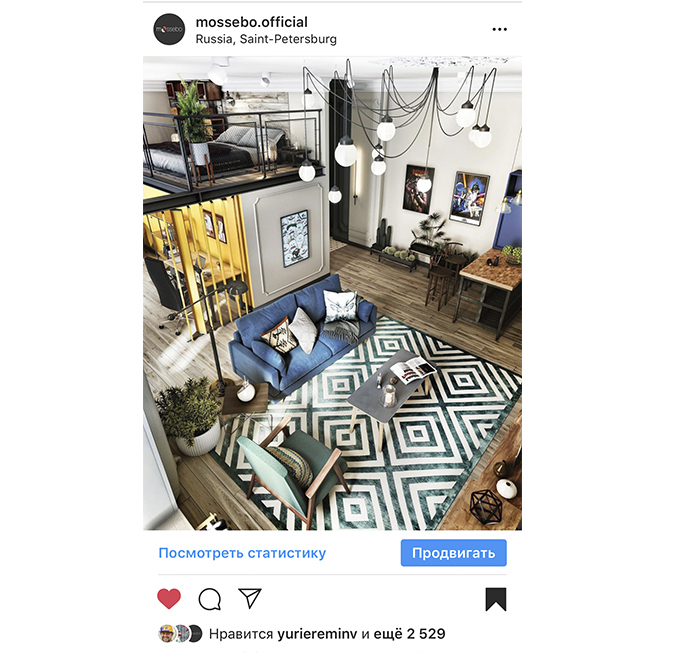 This interior, according to one of the first partners of Mossebo, is very similar in character to the company itself – the same systemic and uncompromising quality.

The interior scored the largest number of likes not for nothing, beating the rest of no less interesting and noteworthy works. 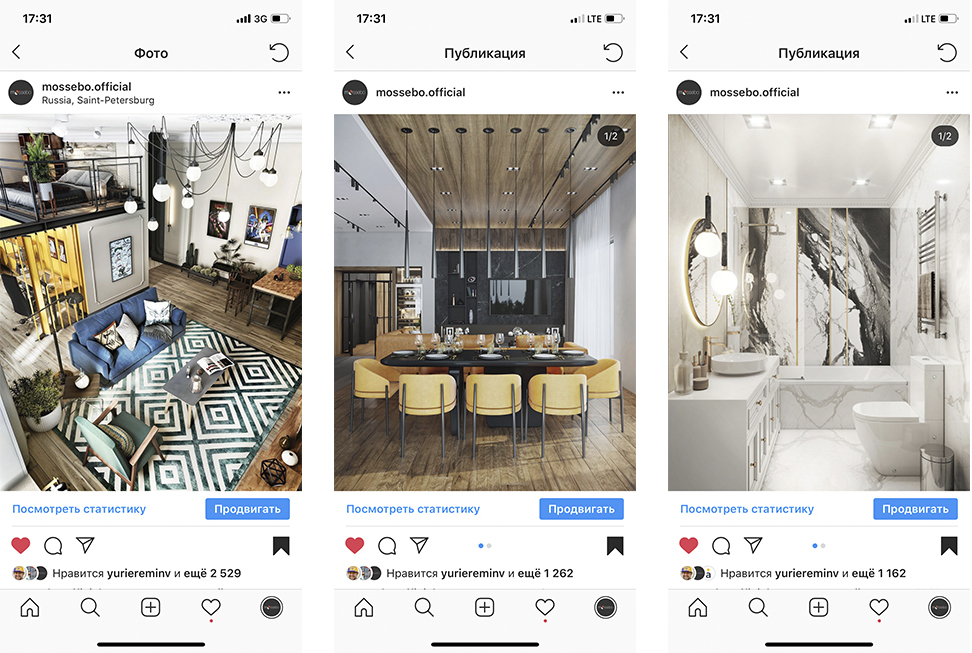 Despite that it sounded quite flattering, we at MOSSEBO have given up on our leadership status for several years now.  And again it turns out that we have to talk about it.  But the topic is really important.

WHERE DID THE DESIGN GO DURING THE IMPLEMENTATION OF RESTRICTIVE MEASURES ON NORMAL LIFE?

During the announced measures, MOSSEBO did not receive any new influx of clients – everything went on as usual – a stable growth of 3-4% per month.  And they even began to worry why we are not growing during the so-called crisis?

It turned out that we are still growing. But we did not see it.  And the facts tell us the following.  Over the past few months, we have employed more designers than in the previous months, and here they are:

Also, during the crisis it turned out that the big ones grow, and the small ones stop their lives.  This is what caused a flurry of free resumes that fell out on HH.

This made it possible for MOSSEBO to choose the best, since yesterday these people worked in small studios and even if they understood that there was no growth, it was somehow a pity to leave.  And now life has put everything in its place.  It’s a pity, of course, for these companies, but it was necessary to develop an online channel for making deals in time.  By the way, we did it back in 2018, as you remember (if you have read us for a long time), and it was a project from Dubai called “Luxurious eclecticism”.  Spin your portfolio tape a couple of years ago.

Then there was still neither CANDELLABRA (it was only planned), nor English-language versions of the content, for which we, ashamed to say, took up only a couple of years ago, and seriously – only six months ago.  Although life hinted even then that it would be a time.

At one time, we, like many members of the international business format, thought that everything was under control.  Today we invite you to look at the situation from the side of those who, in fact, did it the most “caught”.  Today, de facto, MOSSEBO is the only brand that has a presence in several countries, and we want to share our horizons. We ourselves are unusual.  But over the past couple of years, we have nevertheless been able to deduce some patterns of a non-crisis behavior of the industry.

The center of mass has been redistributed in the design.  Small players (those who remained) are less and less trustworthy from clients: there is no portfolio, no reviews, no reliability, and few will entrust them with a serious object.  People want more and more reliability and predictability in this difficult, as it seems to them, time.

What about demand?  It’s  just been growing like the last 10 years:

It grows during wars, currency and pandemic crises.  And the point here, as it turned out, is not only in the general trend for personalization and “tick-tok” – instagram “, but in a banal thing – the correct interior design increases the commercial value of the most reliable anti-crisis asset – real estate, which always increases in such times, considerable demand.

Well, we just have to take advantage of the situation in a relaxed manner, and if earlier MOSSEBO opened one new studio per quarter to the growing demand, now it is clear that much more is needed.  The whole world is like that.  And this, alas or fortunately, is a GLOBAL TREND.

We have already announced the CANDELLABRA.com marketplace, where more than 1000 suppliers are represented, but in recent months the project has been actively developing and very soon the designer’s personal account will appear in the world.  This is a full-fledged ecosystem that will take the current design market to a fundamentally new level through transparent transactions and wide functionality of the site.

Designers will be able to complete client projects and fully manage all projects through their personal account.  They have at their disposal more than 100,000 products of the CANDELLABRA marketplace.  And clients can buy all furniture selected by the designer for their apartment with one click of the mouse.  And if you want to pay in stages, there is always an opportunity to get a loan. 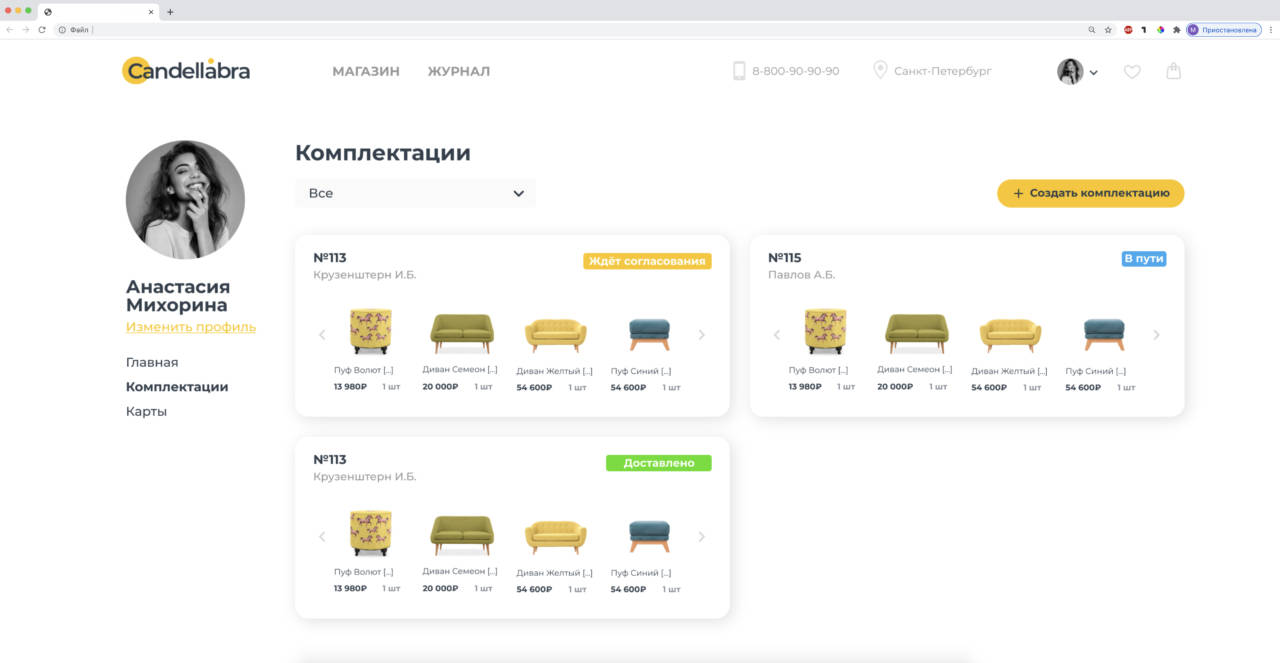 Mossebo is the leader in online deals

To order interior design, MOSSEBO clients do not need to visit the studio now.  The history of the so-called crisis influenced the work formats.  MOSSEBO designers now work in the online format, and the deal making system itself has even increased the average check by 3%.  This fact allowed expanding the boundaries of brand influence and opens up new prospects for work.  Projects from the United Arab Emirates, New York, large projects in Russia, where there are no MOSSEBO studios yet – all this has become possible.

Screenshot from our CRM system without personal data.  Of course, these are applications for all regions of the MOSSEBO studio presence, and not only in Russia.

Less than half a year later, we grew to 2.3 million viewers on Pinterest.  Every month, such a number of people watch new projects of the MOSSEBO studio, save themselves, share with friends and after become clients.  We are growing daily and if back in May there was the first 1,000,000, in just four months MOSSEBO doubled that number.

This is only a small part of the work done and there are still many ambitious plans ahead.  We will not show all the cards.  Read about it in the next news bulletins.

We have prepared a big surprise for you

MOSSEBO, as an industry leader, considers it important to launch projects that fundamentally change the existing market.  For now, let’s not open the veil of secrecy, but in the very near future something large-scale awaits all of you.

Want to see the Mossebo portfolio?